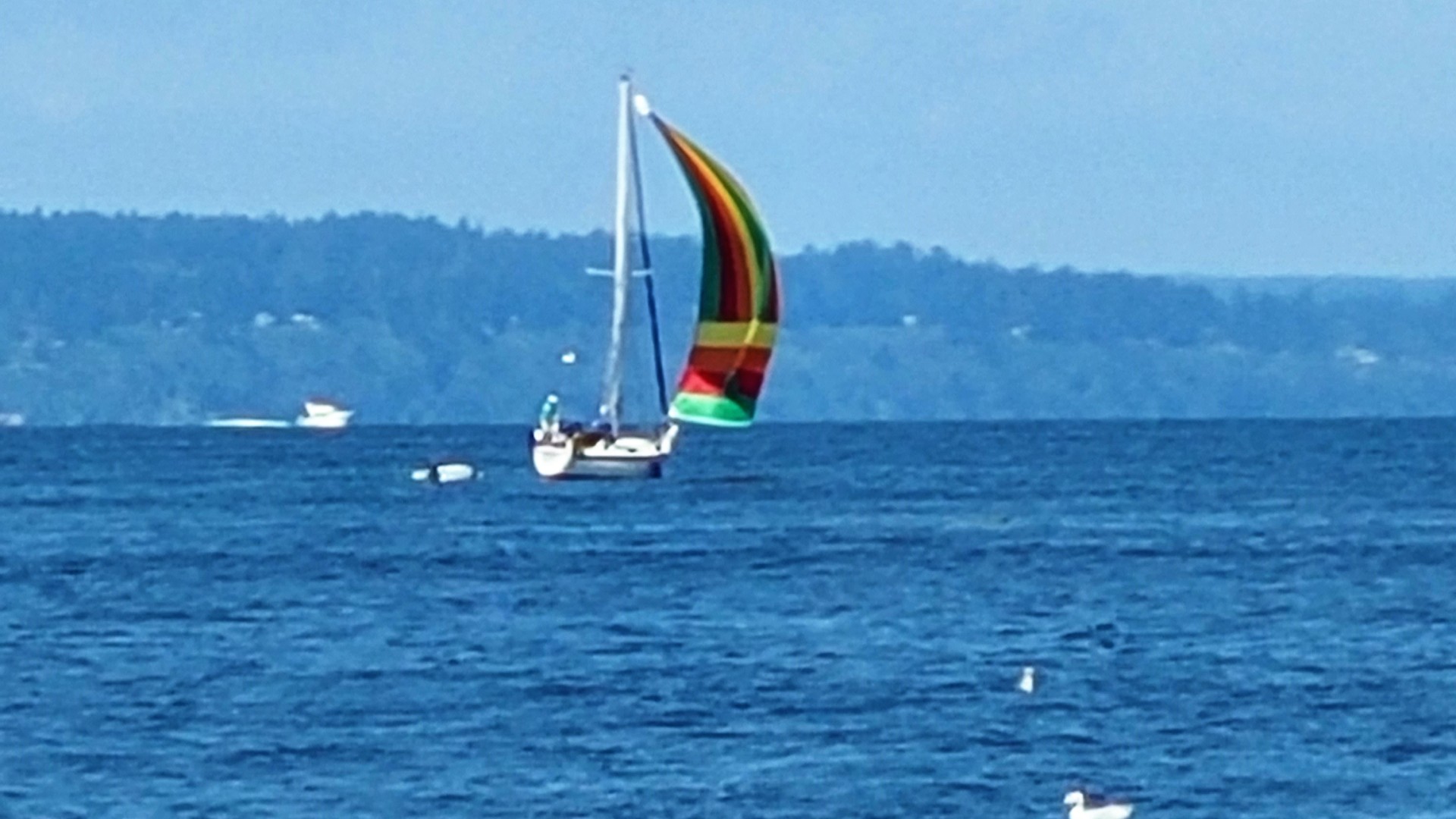 While the Pacific Northwest’s record breaking heat (106 degrees) kept us indoors for a few days as we tried to keep as cool as we could, we have spent some fun time in the sun locally.

We live so close to the beach, but I gotta say I never thought of Alki Beach as a swimming destination. We’ve lived nearby for nearly 40 years and I always thought of it as more of a discovery area or enjoy the view area….not a dive in and swim spot! My daughter in law thought we were crazy having never dove in, well it’s never too late to try something new. Oh, don’t misunderstand and think that I dove in headfirst and swam…. but I did wade out waist deep and, honestly, it wasn’t as bone chilling cold as I thought it would be (but it’s no Grand Turk!). We had a great day laughing, watching SUP’s and kayakers and getting a good ‘base’ for an old school summer tan.

We, again not so much a ‘we’ but a ‘he’, was up on the roof picking pie and Rainier/Bing cherries. It is always a race to pick them ripe enough to eat off the tree before the birds get to them and this year we got a few grocery bags full. We do try to honor Uncle Billy who said the birds were here first so should be able to eat them, but they aren’t getting them ALL! I filled prebaked tart shells with a mix of cream cheese, lemon juice and a little Stevia then topped with pie cherries and made a crisp with the Rainier/Bing cherries. These were great summer desserts.

We purchased a new, to us, Jeep Grand Cherokee and took it through her paces last weekend. We drove out to Black Diamond, Wa to visit the bakery and found they were having Miner’s Days. It was a fun morning in this small town. The bakery opened in 1902 and I sort of remember visiting with my grandparents when I was a child, probably in the late 60’s and early 70’s. I know it must have been a good experience because whenever we drive past Black Diamond I think of the bakery – this time it was our destination. It was hard not to buy one of everything but I did get a number of yummy things. The Crystal Mountain Bread is delightful, I bought a 6 pack of buns that are so fluffy and light. I wrapped part of one over a chunk of Stilton Blue cheese that evening and it was delightful. Of course the Lemon Bar and Raspberry Pinch Cookies were nothing to sneeze at! I have a confidentiality agreement with myself for the rest of what may have been in that bakery box I brought home!